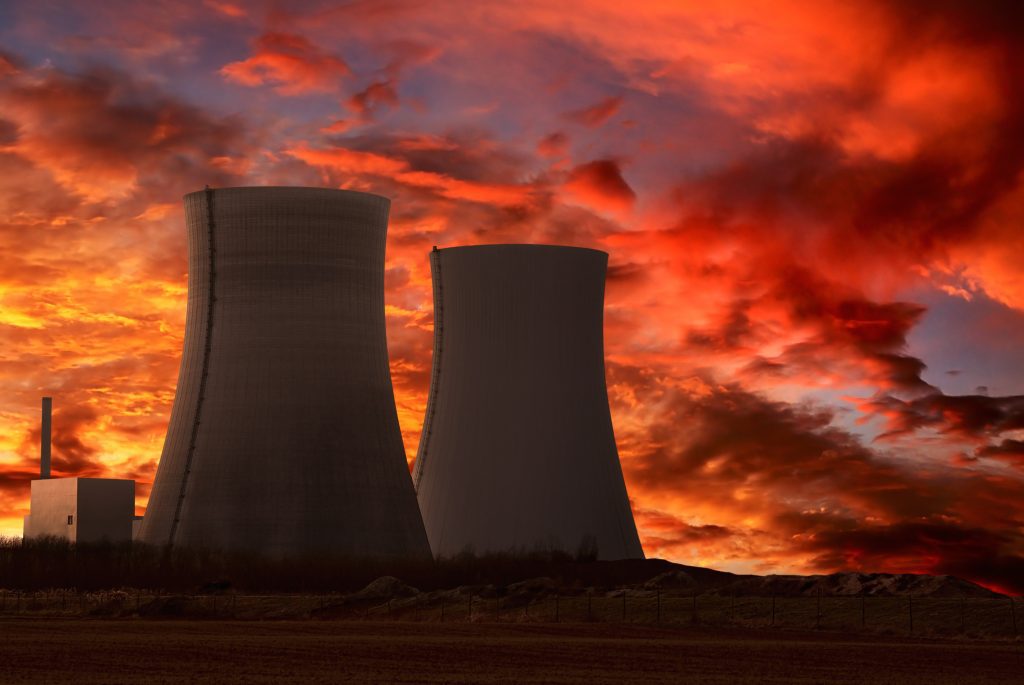 This case study will explain how a Nuclear facilities project made use of BIM during the completion of two effluent treatment facilities. Following which, they were then handed over to operations and maintenance – utilising REBIM® software.

The main BIM contractors on this project were Assystem Paris. They were responsible for the engineer, procurement, construct and management (EPCm) phase of the project

Assystem Paris were commissioned by CEA, the site licensed operator at Marcoule in the south of France.

This project was ongoing for approximately 1-2 years between 2017 and 2018. It finished in early 2018 and was REBIM’s first serious pilot project.

Before jumping into the case study, let’s take a look at the benefits of BIM in the Nuclear sector.

BIM for the Nuclear Sector

There’s a lot of talk about BIM having a big impact on the nuclear sector. And as so, REBIM® want to be right in the middle of that transformation.

This particular project (STEMA) was the first BIM project in French nuclear to be taken into active operations and maintenance (O&M).

The O&M handover stage is where REBIM® adds significant value to the construction industry – and to BIM in general.

We’re creating a seamless handover and a first-in-class system for operations & maintenance stage of a built environment. The nuclear sector is where we have a lot of experience too.

There’s more on how REBIM® supported this project in the upcoming sections of this article.

Who are Assystem (Paris)?

Assystem Paris claim to be an enabler of energy and digital revolutions.

They help their clients to manage, design, build and improve the performance of infrastructure used for electricity production, transport systems and healthcare facilities.

Their overall aim is to put in place safe, high-performing and cost-efficient equipment and facilities that provide a best-in-class user experience.

They are an independent engineering group who specialise in designing and managing complex projects. Their project complexities are based on account of their size, technological content or functional, safety and security requirements.

The image below shows how an asset information hub gathers and manages the specific types of data.

Goals, Challenges & Benefits of BIM Project in a Nuclear Environment

The goal was to create a new-build unit for filtering and cementing radioactive effluents on the CEA Marcoule site.

There was a need for 2 separate units, one for dumping of effluents and another for the cementing process.

The build had a very complex layout due to strong implantation constraints as well as a need for advanced safety features.

All-in-all, there were 12,000 data elements including documentation, structured data and graphical data.

The project also placed a lot of focus on site surveys (point cloud scanning surveys) of the facility at Marcoule which is in Avignon. The technical BIM work was completed at the Assystem Lyon office.

There was a fundamental need to develop an asset model of the STEMA installation that would bring value during O&M.

REBIM® played an essential role in the Data clean up stages and handover to the asset management teams in a client friendly tool.

We supported the Assystem Paris management office in delivery of the project handover from construction to operations & maintenance.

The diagram below shows how REBIM® software provides a CDE for the overall model, which is then incorporated through many different systems, feeding into the central location. 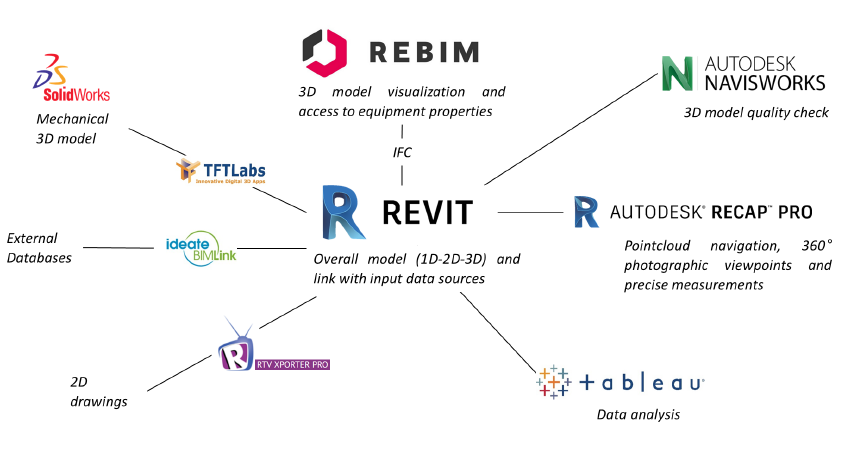 Below is an outline of the benefits realised by taking a data-centric approach and developing a clean asset model to deliver the new-build facility.

Because measurements are made in the point cloud scan, there’s the ability to reduce the number of required surveys. Partly because a bill of quantities are extractable from the mock up.

Using the data model approach, work-zones could be visualised prior to intervention. This preparation also allows for quicker access to plant configuration and information.

3D mock-up for use by the operator but also external contractors to implement modifications. It enables the operator to perform early clash management, as well as identify the most efficient and safe order in which to schedule works.

This is provided by easier navigation, trace-ability and retrieval of information in the system.

Contact us to discuss how REBIM® , the security minded digital asset management tool can help your team deliver.

This website uses cookies to improve your experience while you navigate through the website. Out of these, the cookies that are categorized as necessary are stored on your browser as they are essential for the working of basic functionalities of the website. We also use third-party cookies that help us analyze and understand how you use this website. These cookies will be stored in your browser only with your consent. You also have the option to opt-out of these cookies. But opting out of some of these cookies may affect your browsing experience.
Necessary Always Enabled
Necessary cookies are absolutely essential for the website to function properly. These cookies ensure basic functionalities and security features of the website, anonymously.
Functional
Functional cookies help to perform certain functionalities like sharing the content of the website on social media platforms, collect feedbacks, and other third-party features.
Performance
Performance cookies are used to understand and analyze the key performance indexes of the website which helps in delivering a better user experience for the visitors.
Analytics
Analytical cookies are used to understand how visitors interact with the website. These cookies help provide information on metrics the number of visitors, bounce rate, traffic source, etc.
Advertisement
Advertisement cookies are used to provide visitors with relevant ads and marketing campaigns. These cookies track visitors across websites and collect information to provide customized ads.
Others
Other uncategorized cookies are those that are being analyzed and have not been classified into a category as yet.
SAVE & ACCEPT